View the trailer of the project.

360 Riot Walk is an interactive walking tour of the 1907 Anti-Asian Riots in Vancouver, the ancestral territory of the Musqueam, Squamish and Tseil-Waututh people. It utilizes 360 video technology to trace the history and route of the mob that attacked the Chinese Canadian and Japanese Canadian communities following the demonstration and parade organized by the Asiatic Exclusion League in Vancouver. Participants are brought into the social and political environment of the time where racialized communities were targeted through legislated as well as physical acts of exclusion and violence. The soundtrack is available in four languages of the local residents of the period: English, Cantonese, Japanese and Punjabi. 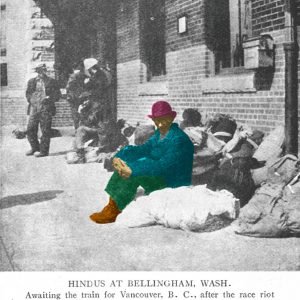 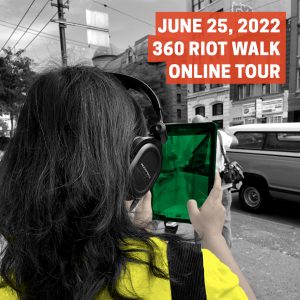 360 Riot Walk is a virtual tour of Vancouver that can experienced LIVE ON-SITE or IN-BROWSER.

Explore the history of Vancouver